AIDS Education Group for Youth (AEGY) is a legally registered NGO with the NGO Board Ministry of Internal affairs in Uganda.

To improve on the Health, Environment and Economic status of the people living the target area. 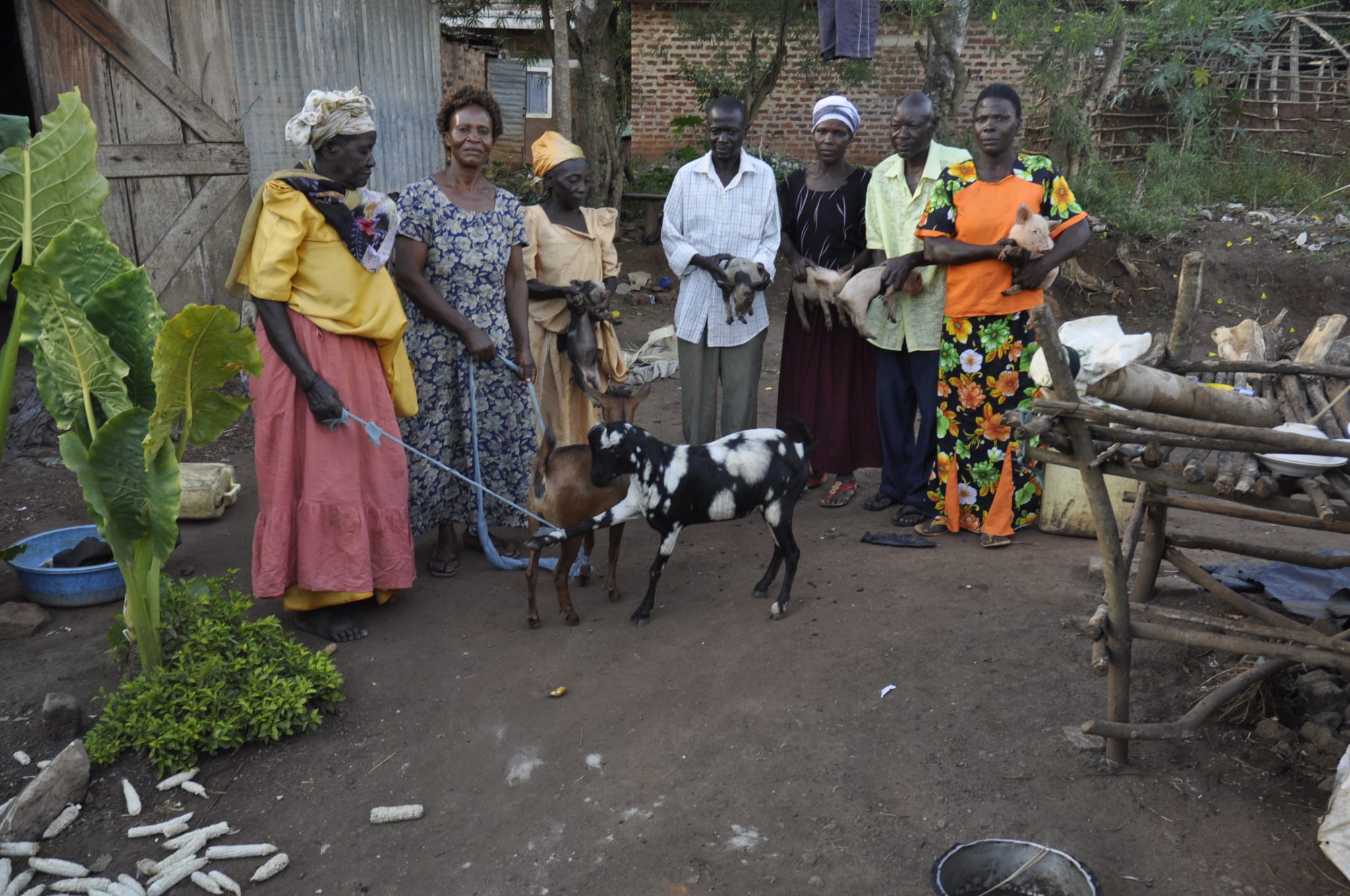 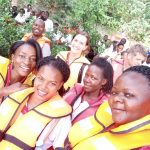 AIDS Education Group for Youth (AEGY) is legally registered with the  National Bureau for Non Government Organization  (Reg No 5914/2468) Ministry of Internal affairs in Uganda.

AEGY is as well registered at the District level by the Kamuli, Buyende and Mayuge District Local Governments under the District NGO monitoring committee.  AEGY has been in existence since 1997. We are not affiliated to any political organization, Tradition/Culture or religion.  We are focused on Research, Education, Livelihood, health, Environment/sanitation and hygiene with much emphasis on children’s rights, Gender Based violence prevention and Sexual reproductive health and rights, Maternal, Newborn and Child health. Supporting children grow to attain their wholistic growth and Development, support youth build skills for self-reliance.

AEGY has office in Kamuli Municipality located in Bunangwe Cell.  We have built capacity overtime through implementing different projects and  qualified staff and also training of resource persons, volunteers, AIDS Educators, HIV/AIDS counselors, management and fundraising among others.

The present scope of the programs are the Districts of Kamuli, Mayuge and Buyende. While as the organization initially formed to target  women and youth people only but presently target Women, Youth, Orphans and other vulnerable Children, people living with HIV and the entire community for prevention and care and support activities.

Objectives of the organization

To protect young people from abuse, support go back to school and acquire skills for economic livelihood sustainance.

Empower and support community address issues of climatic change through planting trees, adopt use of energy saving cockstoves, use of renewable enargy.

Empower women and you to demand for rights, participate in Government programmes, manage Income generating activities.

carry out research and advocacy for the voilceless to know rights, and help for planning purposes.

Our Organization has been working
hard to make the best for all our children.

Married couples and sexually active and in long term relationship are aware of the risk of sexual network.

Pure Education For Every Children 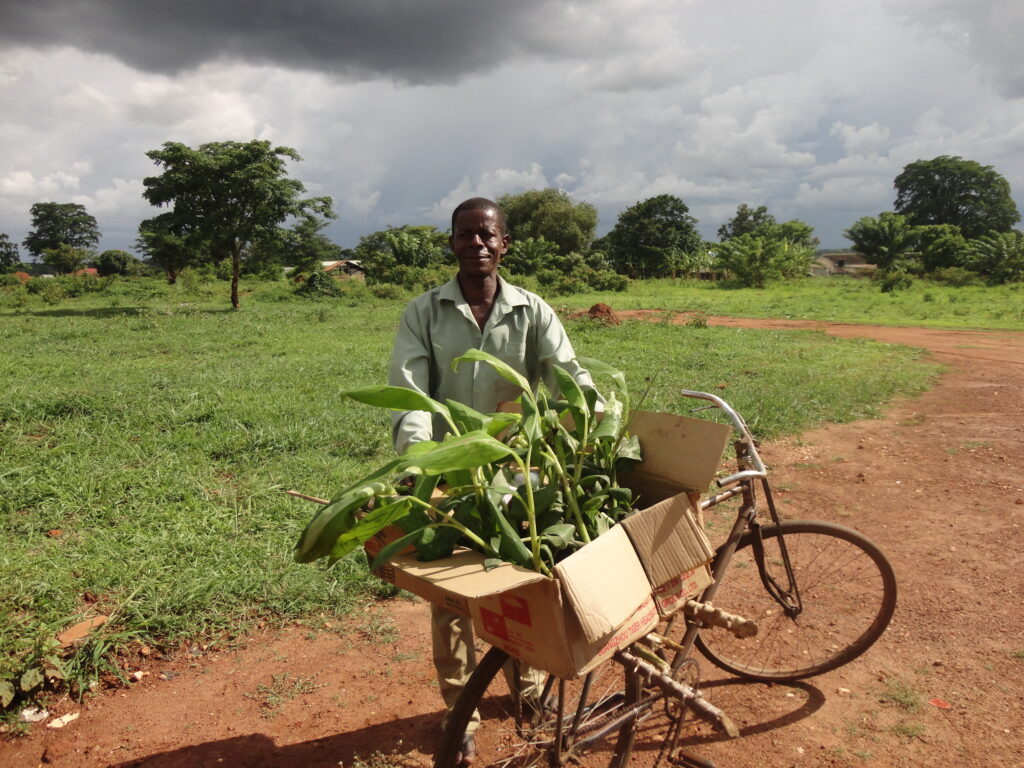 Greetings to you all.

Welcome to the new face of AEGY website. After quite a number of years, we decided to move with the times and create a more dynamic interface that is more user friendly. We hope through this communication tool, we can reach as many of you as possible and be able to interest you in joining our cause.  We plan to pass on allot of information regarding our projects and activities, share reports and a lot of information.

Our major aim is to empower and build capacity of communities leave health and sustain themselves through research, education, address SGBV and reduce the spread of HIV/AIDS and its economic and psychological effects among the people of Busoga. It is therefore necessary that all avenues of communication are engaged to influence behaviour change and bridge the information gap while leaving no one behind.

Let us not forget that as we fight on one front the COVID-19 pandemic is also upon us. The AEGY team is working hard to ensure that services are still provided even amidst the changes in service delivery. Let us all work together by adhering to the Ministry of Health and World Health Organization guidelines fight COVID 19..

We look forward to interacting with you more and hope to receive feedback from you.

We are an Non Government Organization (NGO) not for Profit but working with and for the marginalized groups of people, especially  Youth, women, children  especially the Orphans and other vulnerable children in Uganda to improve and strengthen their Health and Social-Economic wellbeing. AEGY Uganda was founded in 1997 with the initial aim of reducing the spread of HIV/AIDS among the vulnerable  women, children and youth to become health and self-reliant, through Health, Educational and Economic empowerment interventions.

Our program activities are beneficiary centered where the beneficiary are involved at all stage of the project execution. 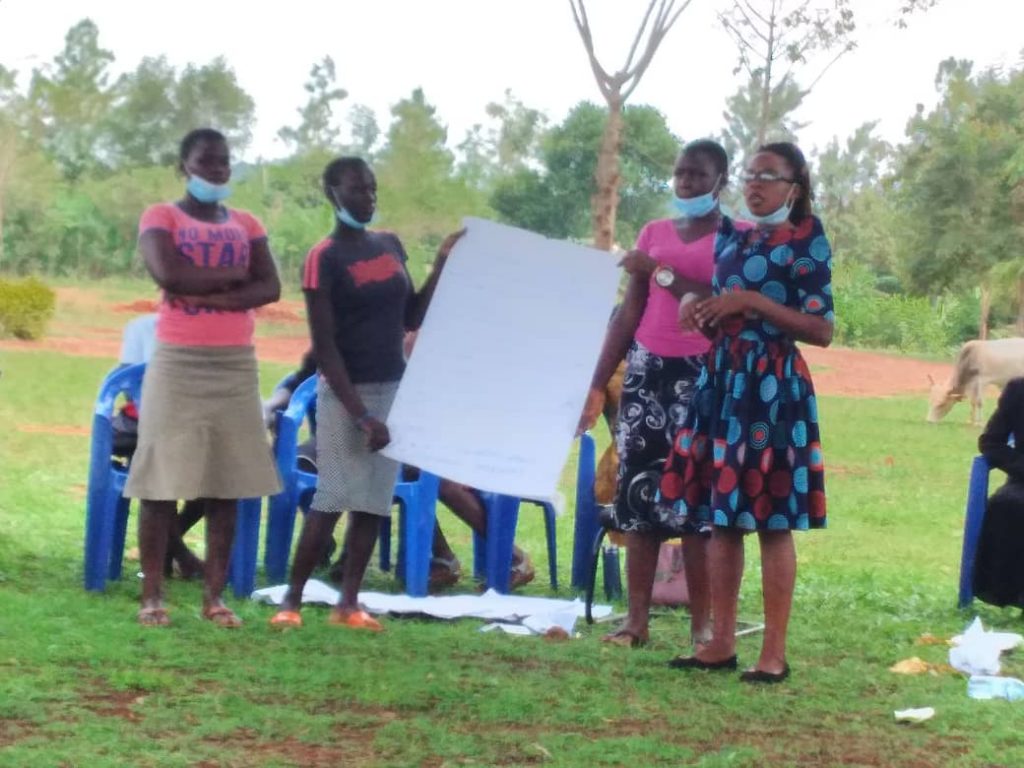 Am Nabangi Faizo of kamuli district Bugulumbya sub-county Nawangoma parish Budubirwa village? , I /joined COC as a facilitator in 2017. This is when I got selected by the implementing CSO in Kamuli   and got trained in FEB 2017 by Plan international   Uganda under the Ni- Yetu Project. Before I became a champion of change, I knew that being a man ment everything and I was only waiting for my time to marry a wife so that I assume complete power and authority over her. In my life I enjoyed minimizing and calling girls all sorts of names to mean that the values was less compared to the boys. I even used the bible so much to remind girls in my community how they are products of men and that ment that they are under men.

During many times with my fellow peers I disseminated gender inequality and they would believe in me as a young man who understood and appreciated our culture which was full of negative traditional cultural norms where girls were regarded as being less important compared to the boys.

When I got trained as a COC were taken through the understanding the myths, misconceptions and the stereotypes around gender and how the negative traditional cultural norms affect young people and adults more so the girls and women.

When we started un packing the module for the delivery of COC  through the different topics  I started to think  like the information shared was strange  to me because of my traditional thinking but at end of the training I did my our confidential self-evaluation on my behaviors and more my  negative thinking  about the girls and role of women in our society and in decision  before I was told  I got a revelation of changing and to start promoting a positive thinking  of the relevancy of the girls and women at large.

Over time in my engagement with my fellow peers I mustered many topics but not forgetting to topic of being a being a young man which humbled me and improved my meaning participation and engagement of other members of the community with respect, and when I facilitated   the topic on gender over and again I so that at many points I was equally a perpetrator though I was a young man and this called my complete transformation  into  a modal  to entire community members both young and adult because many came to as a referral point  for help and linkage

To date am a champion of change by what I do, speak and the way I behave since I transformed from being a follower and a disseminator of gender inequalities to an advocate and a promoter of gender equality in my community.

Am Babirye Joy   ,I stay at kasambira  trading centre ,Kasambira Parish ,Bugulumbya S/C – Kamuli District ,am a champion of change for the girls. Am a single mother who became a mother when I was a child.

Before Champion of Change methodology. I had no information about gender equality and sexual Reproductive health neither did I know any health right that I could benefit from since I was a child mother whom everybody knew that my value hard already diminished, I did not have a bilty and capability to talk about myself and to the public. I knew that menstruation is a disease  and problem  since my community  belief understood menstruation as a sign of maturity to marry  so I hated it so much from the day I received  my first  menstruation period. I used to club and in my mind I grew up knowing that when a girl starts her menstruation. She is ready to get married because it was one of the community belief.

But when I was selected  and got  trained as COC facilitator ,j got a lot of   information about SRHR and GBV   this opened my eyes and mind  to understand that  menstruation is normal and that both girls and boys  had equal opportunities in the community. I gained courage to talk about gender norms that affect girls and women in the community however in doing so I equally and importantly got energized to re build myself and thinking. T

In my day to day engagements with the girls, I can’t forget the topic in the module which talks about being safe in the city. It encouraged me to spread the information about GBV and SRHR in my community. It also gave me information on how to plan for the future. I opened up a small business, went back to school and got a certificate in Public Administration, Am a role model and VHT in my community because of Champion of Change methodology.

MY SUCCESS STORY AS A CHAMPION OF CHANGE FACILITATOR

HOW I WAS BEFORE COC PROGRAM.

My name is Musambi Asupasa aged 23years from Nabwigulu Sub- county kamuli district. Before being a champion of change facilitator, I could not fully manage to articulate issues that affect me, my fellow young people and the community at large. Not only that but also I used to look at girls being only sex objects and used to advice my fellow colleagues to go for whoever we  wished all of us and I was doing all this with a group of three gays ANDREW,ERICSON,NOAH.  This team could take me for disco and on our way back I could together with my them beat girls and everyone we met on the way and I used to talk ill about my contemporaries (peer educators) who used to come for sessions and mentorship at the nearby  health facility.

HOW IAM AFTER INTERFACING WITH THE COC MODULE AND DIFFERENT TOPICS

My capacity has been built as a male champion through having several trainings and engagements with PLAN and AEGY, this has transformed me in a manner where am in position to promote gender equality, girls rights and constructively speak out, present and challenge harmful gender norms through the youth engagements and peer to peer mobilization at all levels in my community hence putting into account Global girls 2030 programme.

Additionally, throughout my interface with the COC module and the different topics, It has gave me deeper understanding on a variety of issues for example the engagement of the adaptable activities which encouraged me to build knowledge , attitude and skills based on myself and fellow peers experience.

Furthermore, in module 4 (Being Non Violent in Personal Relationships) Activity D1 WHAT IS GENDER BASED VIOLENCE, I got to vividly comprehend the concept of Gender based Violence as violence being usually associated with physical aggression. And my attention was drawn more to the different forms of violence, where they take place this information could helped me create awareness to the community hence controlling most the cases of violence.

Still on the same note, in module 2(Being a young Man) Activity B1 WHO I AM I learnt that there is no common identity shared by all young people and that youth is a period of in the lifecycle, this made me draw the silhouette and mold the peers figure through identifying the characteristics and attributes that are part of their identities which projects the path of self-discovery of identities of young people.

In conclusion, I call upon my fellows who are also living  humanitarian basis to  come up and  share their problems , successes and solutions in order to continuously embrace our potential and willingness to thrive in all our aspirations thus envisioning a magnitude  whom nobody  ever seem to see.